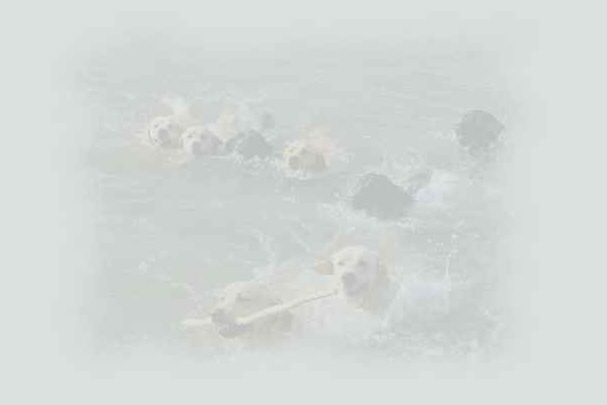 I registered the "Tapeatom" affix in 1973 with the UK Kennel Club, based almost exclusively on the Sandylands Lines.

I first travelled from the Channel Islands to the Sandylands kennel to mate a bitch in 1983, i was very fortunate to be befriended by Gwen, and benefited greatly from her advice.

In 1990 Mr and Mrs Clayton had a litter out of Sandylands Fino Sherry of Ardmargha by Sandylands My Guy. They ran on 2 bitch puppies, Gwen asked them if they would let me purchase the one they weren't keeping and I was lucky enough to have Ardmargha Gin Fizz.

Gin Fizz is the foundation of all the success i have had over the last 15 years.
Her daughter, Tapeatom Faith, was mated to Sandylands Gentry, his first bitch, on Gwen's birthday. After the mating a celebration lunch took place at the local pub.
From this litter was produced Gilly with a G, for me a once in a lifetime bitch. Shown just 5 times, at Champion Shows in puppy, she achieved best puppy bitch each time, 3 with best puppy in breed.
I have been fortunate to have bred the top winning labrador in 2002, Sh Ch Tapeatom Gin an' Tonic at Sandylands,

also the runner up that year with just one point less, Sh Ch Tapeatom Gadding Around at Sandylands.

In 2003 my husband Michael and I moved with our labradors out to South Africa.

Gilly's daughter, Libertine, came out in whelp to Sh Ch Sandylands Gadabout, of their sons, Tapeatom Great Guy of Dwarsberg lives close by and Tapeatom Grenadier is in Italy.

We brought out a lovely young bitch Tapeatom Grace and Favour, sired by Tapeatom Gusto - litter brother to Gadding Around - out of Tapeatom Libertine; repeat mating has produced Tapeatom Ace of Spades.